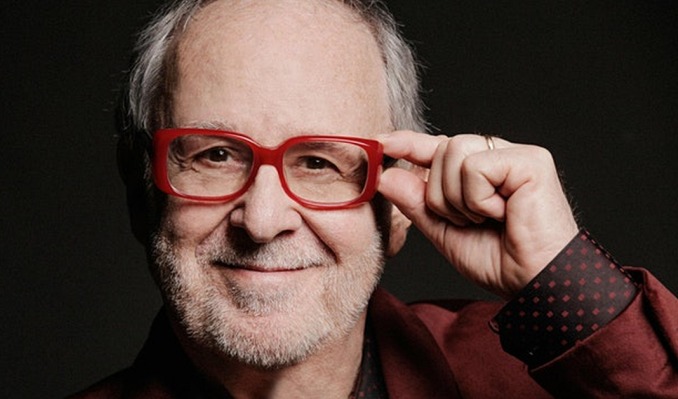 The career of Bob James is long, varied and continues to evolve at every turn. From his first days in Marshall, Missouri, the music of Bob James has captivated audiences throughout the world.

In 1974, James finally recorded his own album, One, which launched a lifelong career of recording and performing live. After three more albums, James began his own label, Tappan Zee Records.   This allowed James to spend more time in the studio, focusing on his own creative works.  It was during this time that he recorded his own gold seller, Touchdown, which included his composition, “Angela”, the instrumental theme from the sitcom Taxi, and possibly James’ best know work.  Bob composed all the original music used in that television series for its entire run. One On One, the first in three collaborations with Earl Klugh, was awarded a Grammy in 1980 for Best Pop Instrumental Performance, and has sold over a million copies. During this time, James set the standard for the smooth jazz sound in the late 1970s.

A different aspect of the musical talent of Bob James was demonstrated on his three classical albums recorded for the CBS Masterworks division, the first of which was Rameau released in 1984, and followed by The Scarlatti Dialogues & Bach keyboard concertos with the Pekinel Sisters.

In 1985 James moved to Warner Bros Records, and kicked things off with Double Vision, a collaboration with David Sanborn, and produced by Tommy LiPuma.  Double Vision was another Grammy winner, selling over a million albums.

While recording his album, Grand Piano Canyon, in 1990, James reunited with longtime friend, drummer Harvey Mason, Jr.  It would also be the first time James would work with guitarist Lee Ritenour, and bassist Nathan East.  This would be the start of something beautiful, as these early sessions ignited a spark which would engulf the Jazz world as Fourplay.  Fourplay’s first album was recorded and released in 1991.  The Group would collaborate on a total of three albums, until 1998 when Ritenour left the group, and Larry Carlton took over.  This version of Fourplay continued the group’s huge success for seven more albums.  After 12 years, Carlton decided to delve further into his solo career, and the band brought in guitarist Chuck Loeb in 2010.

A personal and professional highlight was the collaboration with his daughter, Hilary, on their Flesh & Blood album, which toured 15 U.S. cities.  James continued collaborating on separate projects with Earl Klugh, (Cool) and Kirk Whalum (Joined At the Hip). Both albums were nominated for Grammys. His solo career continued throughout the 90’s, culminating with Joy Ride in 1999, and another Grammy nomination.

In 2001, Dancing On the Water, was released, once again showcasing James’ creative versatility.  The album includes performances with Keiko Matsui, Joe Sample, Dave Holland, and Chuck Loeb.  Fourplay released Heartfelt in 2002, and spent much of the year touring across the globe.  That same year, James released Morning, Noon, & Night, whose title track went to #1 in Contemporary Jazz Radio.

While appearing at New York’s Blue Note, in February of 2003, James went into the Hit Factory with Billy Kilson, James Genus, and Ken Freeman on the board.  The result was Take It From the Top, a tribute to pianists who inspired James; Ahmad Jamal, Duke Ellington, Bill Evans, and Oscar Peterson, among others.

The very next year James was at it again, with Fourplay releasing Journey in 2004.  Fourplay toured most of the year, culminating with a trip to South Africa in November of 2005 and a final tour stop in Bangkok, Thailand in December.  This event featured the world premiere live performance of James’ ‘The Angels of Shanghai.’  This project encompassed several months in the Far East collaborating with students from the Shanghai Conservatory of Music, who played ancient Chinese instruments, as well as James Genus, Nathan East, and Harvey Mason.  This project finally toured the U.S. in 2007, and culminated with a performance later in the year at the prestigious Seongnam Art Center in Seoul, Korea, where James was also invited to have a solo exhibit of his art in conjunction with the performance.

In 2008, James released a Christmas album with Hilary James, and another Fourplay album Energy.  Energy featured Grammy winner Esperanza Spalding, and another Grammy nomination with the first single, “Fortune Teller”.  The year ended on a high note with James and close friend, the Tony award winning Broadway director Jack O’Brien, receiving the International Achievement Award by the state of Michigan.

Bob has maintained a commitment to sophisticated production and arrangements, while stretching out in different and new directions.  This culminated with another busy year in 2009 with the release of The Very Best of Bob James. Not stopping there, James also released Botero, a collaboration with Jack Lee, composed music for the Broadway play ‘Impressionism’, and recorded Across the Groove, a collaboration with Japanese sax player Masato Honda, all in the same year.  This again led James touring across Asia, Europe, and the U.S.

2010 saw the twelfth Fourplay album released, Let’s Touch the Sky, which led to another world tour, culminating with an unforgettable collaboration with the New Japan Philharmonic in Tokyo in December.  This premiered new orchestral pieces arranged specifically for this concert, and was Fourplay’s first performance with a symphony orchestra.  Fourplay was voted Best Group of the Year at the American Smooth Jazz Awards to wrap up a busy 2010.

2011 brought devastating natural disasters to Japan, and James, with a close relationship to the region wanted to contribute to the relief efforts. This led to the Jazz for Japan benefit album, and the Iwate benefit concert, headlined by James.

Then, in September 2011, Altair & Vega, the Four-Hand piano duet collaboration with Keiko Matsui, was released.  This unique collaboration which took nearly 10 years, resulted in several memorable live tour performances, before being completed as a recorded album, along with a live performance DVD recorded at the Manchester Craftsmen’s Guild.  Later that same year, James released a collaboration with Savannah guitarist Howard Paul with Just Friends: The Hamilton Hall Sessions.  All this, while still touring with Fourplay, including headlining the Playboy Jazz Festival at the Hollywood Bowl, and receiving the Oasis Contemporary jazz award for ‘Group of the Year’.  James was also honored in his hometown of Marshall, MO, with the inaugural ‘Bob James Jazz Festival’.

Fourplay joined forces again the following year with the release of Esprit de Four.  The album hit the charts, producing several successful tracks, including the powerful “Put Our Hearts Together”, which featured vocals by Seiko Matsuda.  The song was a tribute to the regions of Japan devastated by the natural disasters just months earlier, and spawned several benefit concerts, such as the Iwate Jazz Festival, and a full length documentary of James’ visit to the region.

In 2013 Quartette Humaine was released.  This was the first creative collaboration between keyboardist-composer Bob James and alto saxophonist David Sanborn since their million-selling, Grammy-winning album, Double Vision, twenty-five years ago.

2015 brought the release of James’ first live album, Live at the Milliken Auditorium, which was captured on a magical night in his home town of Traverse City, Michigan.  This same year also brought the first release from James and long time collaborator Nathan East, The New Cool, a masterful work of art which truly redefines the essence of cool.  Still not finished, James and Fourplay came together for the release of the group’s 25th anniversary, with Silver, which was recorded old school at Sunset Sound Studios, where the group recorded their first album 25 years earlier.

While James is recognized as one of the progenitors of smooth jazz, his music has also had a profound effect on the history of hip hop, having been sampled often. Two of James’ songs – “Nautilus” from 1974’s One and “Take Me to the Mardi Gras” from 1975’s Two – are among the most sampled in hip hop history. According to whosampled.com, “Nautilus” and “Take Me to Mardi Gras” have been sampled in thirty-two and forty-three hip-hop recordings, respectively.  The title track from his 1981 album Sign of the Times was sampled in De La Soul‘s “Keepin’ the Faith”, and Warren G‘s “Regulate”.  His “Angela” was sampled in the track “Cab Fare” by Souls of Mischief.  The track “El Verano” from the 1977 album “BJ4” is used as a sample in the song “Blown Away” by the Cocoa Brovaz and also in the Masta Ace Track “NY Confidential”.  N.W.A‘s “Alwayz into Somethin'” uses a sample of “Storm King” from the album Three.  “Can’t Wait” by Redman features a sample of “Caribbean Nights” from the album Touchdown.  English Drum & Bass pioneer Adam F extensively sampled “Westchester Lady” on his 1995 breakthrough release Circles.  Röyksopp sampled his version of “You’re as Right as Rain” for their instrumental track “Eple.” In addition, James is mentioned in a verse by André 3000 on “Black Ice” from Goodie Mob’s second album Still Standing.

Official WebsiteTwitterFacebook
*Service and handling fees are added to the price of each ticket.
Buy Tickets