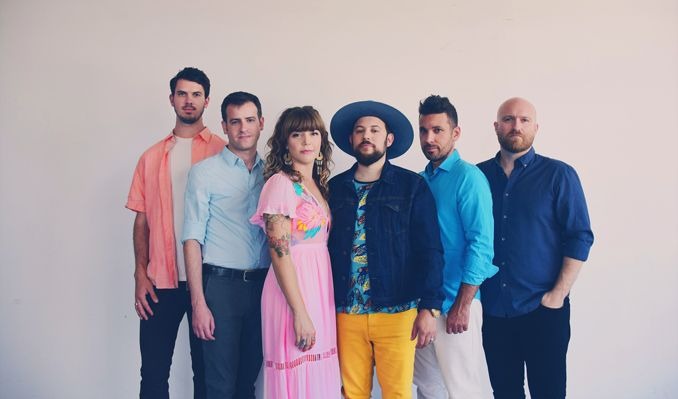 Dustbowl Revival has always been about pushing the boundaries of what American roots music can be. In many ways, they could have continued creating joyful, booty-shaking songs and cut-to-heart folk-rock ballads that lift up their transcendent live shows - and mining new energetic material from the place where folk music, funk and soul meet.

Where does it all lead? If one thing is clear, Is It You, Is It Me represents another large leap forward for Dustbowl Revival, coming after their acclaimed self-titled 2017 album. Produced by Grammy-winner Ted Hutt (Old Crow Medicine Show, Drop Kick Murphy’s), It transitioned the group from a “roots dance party band” that continues to thrive on the festival circuit, to a nuanced ensemble embracing more soulful territory. That self-titled record was a direct bridge to the newest work, rising number to one on the Amazon Americana chart and featuring a funky favorite “Honey I Love You” where the band joyfully teaming up with blues master Keb Mo’. Their heartache folk number “Got Over”, surprised the band by racking up nearly seven million streams and counting online.

Dustbowl Revival’s story started humbly. Nearly 12 years ago Z. Lupetin - a Chicago native who attended college in Michigan came to L.A. to be a playwright and screenwriter, grew disillusioned with his job in advertising, and placed a hopeful ad on Craigslist. He sought to find fellow musicians who shared his roving love of Louis Armstrong, Bob Wills, Old Crow Medicine Show, Paul Simon, Aretha Franklin and the brass bands of New Orleans, but also wanted to write songs like Americana pioneers Wilco, Lucinda Williams and even Bruce Springsteen. There are still players in the group who responded to that initial odd quest.

“Maybe we don’t know where this journey will take us or how long it will last,” acknowledges Lupetin, “That’s my take on the importance of what we try to do. Music elevates us, lifts us up, makes us change our minds, takes us out of our comfort zones. If just one person can be moved by just one song, that’s enough.”

YouTubeTwitterOfficial WebsiteFacebookMore Info
*Service and handling fees are added to the price of each ticket.
Buy Tickets