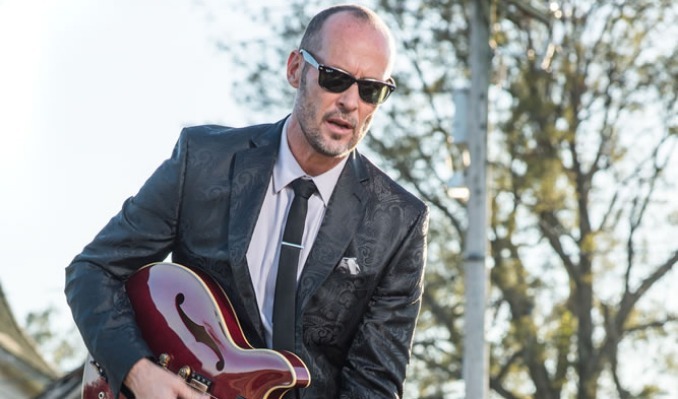 Thorn has been pleasing crowds for years with his muscular brand of roots music - bluesy, rocking and thoroughly Southern, yet also speaking universal truths. The Tupelo, Mississippi native worked in a furniture factory, jumped out of airplanes, and was a professional boxer before sharing his experiences with the world as a singer-songwriter. Pimps and Preachers, which topped the Americana charts for three weeks and broke into the Billboard Top 100, perfectly exemplified the vivid scope of his songwriting and illuminated his family background. While his father is a Church of God Pentecostal Minister, his uncle (his father's brother) spent time as a pimp, and Thorn was influenced by both of these men. Mining these "saint and sinner" scenarios, Thorn crafted a disc that All Music Guide lauded as "a great rock & roll album," while The Nation labeled it "an incredible find."

When Thorn and his band hit the road, he'll be performing both his captivating originals and these favored covers, because, as he says, "there are so many great writers out there whose songs need to be heard." Thorn also might slip in a new song or two as he already has started writing more songs of his own for the next album.

Official WebsiteFacebookMySpace
*Service and handling fees are added to the price of each ticket.
Buy Tickets