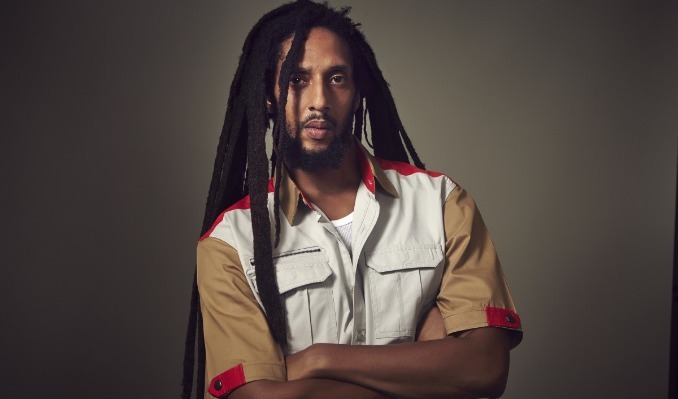 For Julian Marley, music is life, life is music and both are blessings from above. "From a small age music has been there in my life. It's just natural. And it is with the inspiration of the Most High that I create my songs," the artist, a son of Bob Marley, explains. Born on June 4th, 1975 in , , Julian's development as a singer/songwriter began when, at age five, he cut his first demo tape, recording a version of his father's classic composition, "Slave Driver," at the Marley family's Tuff Gong studio in . Since that auspicious beginning, Julian has devoted himself to a life in music, mastering a variety of instruments and writing songs that reflects his dedication to spiritual upliftment and social change.

Julian's newest offering, A Time and Place, is an organic fusion of rootical reggae and breezy jazz sounds that represent the next milestone in his artistic path. As is the case with all Marley projects, A Time and Place is truly a family affair. "The album features production by myself, Stephen and Damian, with Stephen coming with the overhand for everything," Julian says. Brothers Ziggy and Rohan play percussion on the album's opening track, "Where She Lay" and Bunny Wailer contributes percussion to "Father's Place." Julian also acknowledges the Uprising band's contribution. "The band has evolved over the past few years with members changing, but its core has remained with the same rootical bassman, Owen "Dready" Reid, which is great." Dready and the rest of the group will be on the road with Julian as he tours in support of the new album.

For Julian Marley, music transcends labels. "It all comes down to listening and loving music," the artist reasons. "If you love music, any kind of music, it just comes through you. We love blues and jazz and all kinds of music. It just filters through you."

MySpaceAmazonOfficial Website
*Service and handling fees are added to the price of each ticket.
Buy Tickets