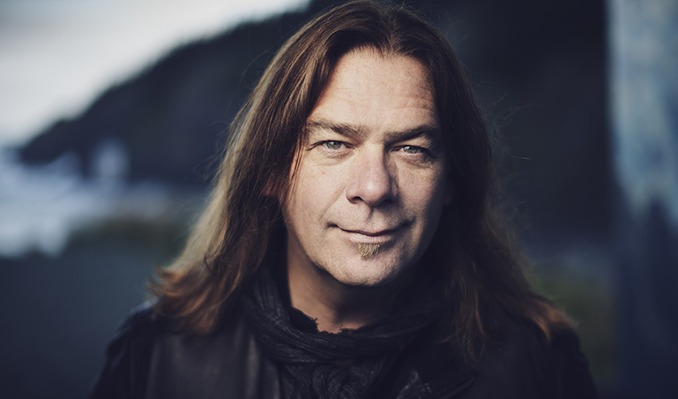 There are few artists capable of appealing to music fans of all stripes, and Alan Doyle is one of them. From the moment he burst onto the scene in the early 1990s with his band Great Big Sea, Canadians fell in love with the pride of Petty Harbour, Newfoundland, whose boundless charisma and sense of humour was eclipsed only by his magnetic stage presence.

His influence is now being heard in a new generation of artists as his solo work continues to endear him to roots music fans everywhere.

As we enter a new decade of music, connecting with as many listeners as possible continues to be Alan’s top priority. That’s clearly evident on Alan’s new EP Rough Side Out, which finds him collaborating with Canadian country music superstars Dean Brody and Jess Moskaluke, while at the same time offering his own distinctive interpretation of contemporary country.

For someone who’s been on the road for more than 150 dates a year for the past 15 years, Chris Trapper appears to have taken his unsolicited break from touring pretty well. In between weekly livestreams on Facebook & Instagram, Trapper also performed in his fan's backyards across the country all summer long during his “Socially Distanced Backyardapalooza”. To top it all off, Chris entered a studio near his home in Boston, MA to record his new album “Cold Water Waltz”.

“Recording an album in normal times is an interesting experience, so imagine creating new music during a global pandemic. Although I worked intensely with the producers (Brad Young and Jason Meeker) in their respective studios, I could rest assured because as most musicians know; audio engineers social distanced before it was trending.”

“I wrote most of these songs when I was opening for Rob over the summer of 2019. There were lots of days off then and admittedly, it was easy to get inspired to write new songs after witnessing so many thousands of people psyched to hear his songs every night. Rob & I wrote the song “Clear” together and he is truly the coolest guy to co-write with as he is all about the creative process and never about the ego.”

“Cold Water Waltz” was released on October 16th, 2020 and is available at christrapper.com and on all streaming and download services.

"His humble sense of humility is what makes Trapper’s songs so strong... He makes you feel like you are the person he’s singing about.” Popdose