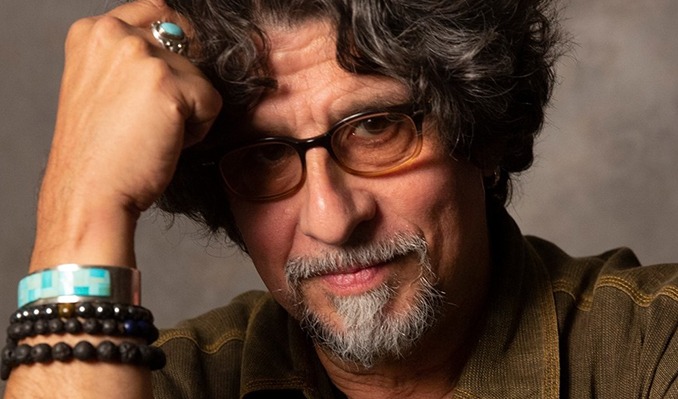 His former acoustic duo, Lowen & Navarro, released 13 albums, enjoyed widespread Triple A radio airplay and performed 1500 gigs before Eric Lowen’s retirement in 2008 and passing from ALS in 2012. Dan set out solo in 2007, and tours constantly.

In July 2021, he released a special duo album with James Lee Stanley, "All Wood and Led", with acoustic "Laurel Canyon" re-imaginations of Led Zeppelin tunes. He is presently recording his next solo studio album (and 18th album overall) with Grammy-winning producer Jim Scott, slated for release in early 2022.

During the 2020 Covid pandemic lockdown, Dan launched his "Songs From the CoronaZone" live stream series, running almost daily for five months, and ultimately doing over 250 2-hour+ live streams in 13 months, on the Facebook Live, YouTube Live, Twitch and Periscope platforms, Then he gave back, teaching others live stream techniques in workshops for SAG-AFTRA and Folk Alliance's "FAR-West" region, as well as several rounds of online songwriting classes dubbed "Songwriting and the Creative Muse".

His songs have appeared in the films Deadpool 2, Pitch Perfect 2 and Talladega Nights, TV series This Is Us, Mare of Easttown, Halt and Catch Fire, American Idol, The Voice, American Dad and The Office and national commercials for Pepsi, Sheraton, Chase Bank and the United Way.

As a bilingual singer and voice actor, he sang in Oscar® winners Encanto (including the #1 hit "We Don't Talk About Bruno"), Coco and Happy Feet, the upcoming Father of the Bride, plus Sing 2, The Addams Family, Dora and the City of Lost Gold, The Lorax, and Ice Age 2 & 3 ; TV series The Simpsons, Prison Break and American Dad; voiced characters in Pirates of the Caribbean 5, The Book Of Life, The Playmobil Movie, We Bare Bears, Invincible, The Boys: Diabolical, Pantheon and Ultra City Smiths; sung on albums by Luis Miguel, Andrea Bocelli, Jose Feliciano and Neil Young; voiced video games Red Dead Redemption II, Fallout 4 and Uncharted 4, and vocals and voice-overs in literally hundreds of commercials for Toyota, Coca-Cola, McDonald’s, Honda and more.

In his “spare” time, Dan serves on the Board of SAG-AFTRA, the actor-performer-broadcaster’s union; is a Trustee on the AFM/SAG-AFTRA Intellectual Property Rights Fund; serves on a committee of the Mechanical Licensing Collective and is a past president of Folk Alliance International. He has been a vocal activist in Washington DC for intellectual property rights for over 20 years, having testified before the US Senate Judiciary Committee and the Copyright Royalty Board.

Dan Navarro’s music probes life at its most resonant. In his rich baritone, he sings songs of heart and insight, steeped in experience, soulful tales from a long road well-traveled.

He’s the proud father of a 25-year old filmmaker son, thinks music is food, art is love, and sleep is for babies.