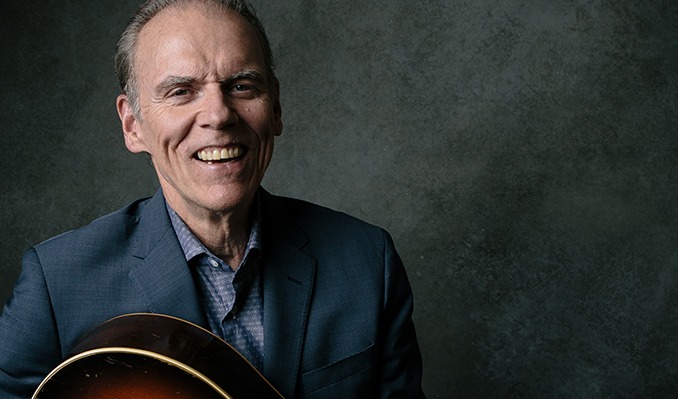 A master lyricist and satirical storyteller, John Hiatt delivers songs filled with tales of redemption, relationships and surrendering on his own terms. Hiatt's finest album is 1987's Bring the Family; other catalog highlights include the pop and rock of 1983's Riding with the King, the rough-hewn blues-rock of 2008's Same Old Man, and 2021's Leftover Feelings. His lyrics and melodies have graced more than 20 studio albums, have been recorded by Bob Dylan, Emmylou Harris, B.B. King, Willie Nelson, Bonnie Raitt and scores of others, and have earned him a place in the Nashville Songwriters Hall of Fame, a BMI Troubadour award, and a lifetime achievement in songwriting designation from the Americana Music Association.

Revered for his unique slide guitar technique, Sonny Landreth has collaborated with many legendary performers including John Hiatt, Jimmy Buffett, Mark Knopfler and Eric Clapton. Summer of 2013, Sonny was part of the Peter Frampton led Guitar Circus tour, often closing the night playing with Frampton on an extended “While My Guitar Gently Weeps."

Irish-born singer/songwriter Danny Burns has been on the road traveling for over two decades, and building an ever-growing long list of accomplishments. Even prior to releasing his long-awaited solo debut album in 2018, he was a staple in the Folk scene in his native Ireland, often getting significant attention with his diverse American influences. Since then, it’s been a true full-circle moment. With the release of his critically-acclaimed debut North Country in 2018, Burns would go on to hit new heights in his career. Along the way, he secured press in a variety of publications including Rolling Stone, Billboard, American Songwriter, CMT and countless others. It featured a star-studded list of guest appearances including Holly Williams, Mindy Smith, Dan Tyminski, Cara Dillon, Tim O'Brien, ChessBoxer, and Old Crow Medicine Show's Critter Fuqua. Burns would continue that momentum with the release of his 2021 EP, Hurricane. The project debuted in the Top Ten of the Billboard BLuegrass Albums chart and topped multiple Roots Music Report charts simultaneously including the Country Album Chart and Americana Country Album Chart.