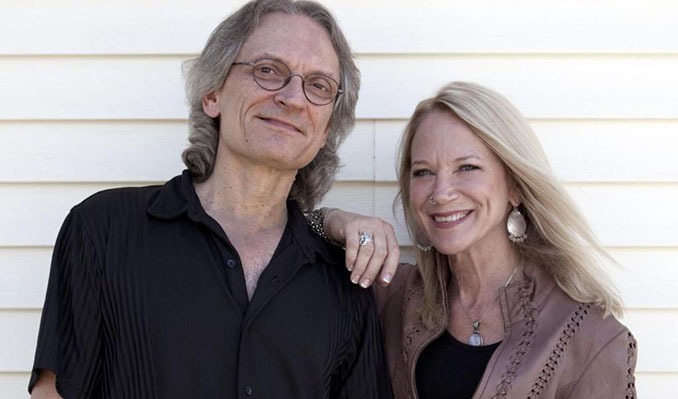 Sonny Landreth and Cindy Cashdollar are making some rare duo appearances in 2022 and 2023. Louisiana’s slide guitar wizard will deliver his bottle-neck style slide chops while Austin's sweetheart of the steel guitar will showcase the renowned talent that earned her a spot in the Texas Music Hall of Fame.

Revered for his unique slide guitar technique, Sonny Landreth has collaborated with many legendary performers including John Hiatt, Jimmy Buffett, Mark Knopfler and Eric Clapton. Summer of 2013, Sonny was part of the Peter Frampton led Guitar Circus tour, often closing the night playing with Frampton on an extended “While My Guitar Gently Weeps."

Cindy Cashdollar's expertise is in great demand on both steel guitar and dobro. She has worked with many leading artists in various genres including Bob Dylan, Van Morrison, Rod Stewart and Ryan Adams. With the iconic western swing group Asleep At The Wheel, she garnered 5 Grammy awards and was the first woman to be inducted into the Texas Steel Guitar Hall of Fame in 2011.

Performing a mix of original songs with contemporary and traditional blues and roots music, the show is electric, virtuosic, and tastefully delivered by these two great instrumental masters.