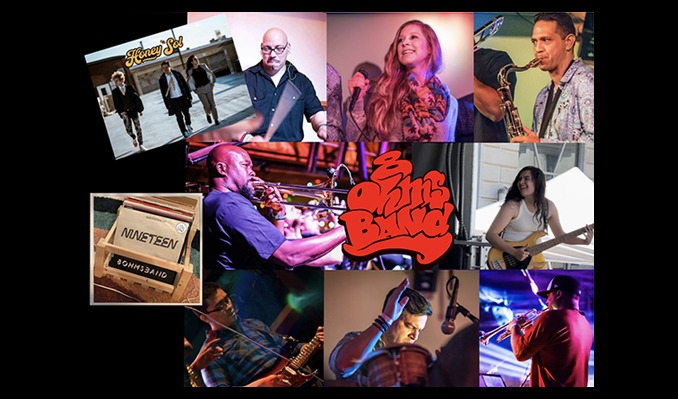 The 8 Ohms Band hails from Annapolis, Maryland and has a powerhouse lineup of players from all over the DC metro area. Bringing heaping doses of Horn Heavy Funk. Drawing from diverse musical backgrounds, The 8 Ohms are known for blurring the lines between hard groove, funk, soul, reggae and a slight taste of DC's own go-go music.

The 8 Ohms Band has been honing their style since 2007. Having backed up or supported some the biggest names on the some of the largest stages to come through the DMV, The 8 Ohms Band name has been directly associated to some of the best in the business!

"Nineteen" is the most recent full album and was written during the start of the Pandemic and the craziness of 2020 and Covid 19.

Honey Sol is a power trio based in Annapolis, MD that plays in DMV area. This funk, rock, R & B band based out of Annapolis formed in 2018 and the band can be hired for a variety of shows from local bars, festivals, corporate events, and weddings. The trio can also add keys and horns depending on space and budget or play as an acoustic duo.