The English Channel: Soundtrack Hits from the Brits 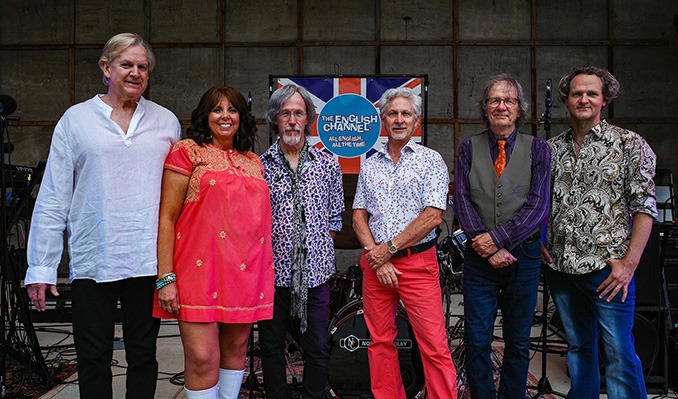 “Soundtrack Hits from the Brits: The Channel goes to the Cinema” is a brand new specialty concert featuring music from British rock icons who graced the silver screen or rockers who performed songs expressly written for film soundtracks. You’ll hear memorable tunes from The Beatles, The Who, Lulu, The Moody Blues, Herman’s Hermits, Dusty Springfield, Badfinger, Dave Clark Five, Shirley Bassey, Elton, Bowie, Queen and many others.

The English Channel - America’s premier British Invasion band - faithfully recreates extraordinary British rock, pop & prog hits of the mid 1960's and 1970’s to sound just like the original recording and just like you remember. From Beatles to Queen and everything in between you'll hear a tight rhythm section, lush harmonies, shreddin’ guitars, rich orchestration and some songs you NEVER thought you’d hear a band play live! Tune in to The English Channel...they'll take you back to where you once belonged.

FacebookOfficial Website
*Service and handling fees are added to the price of each ticket.
Buy Tickets